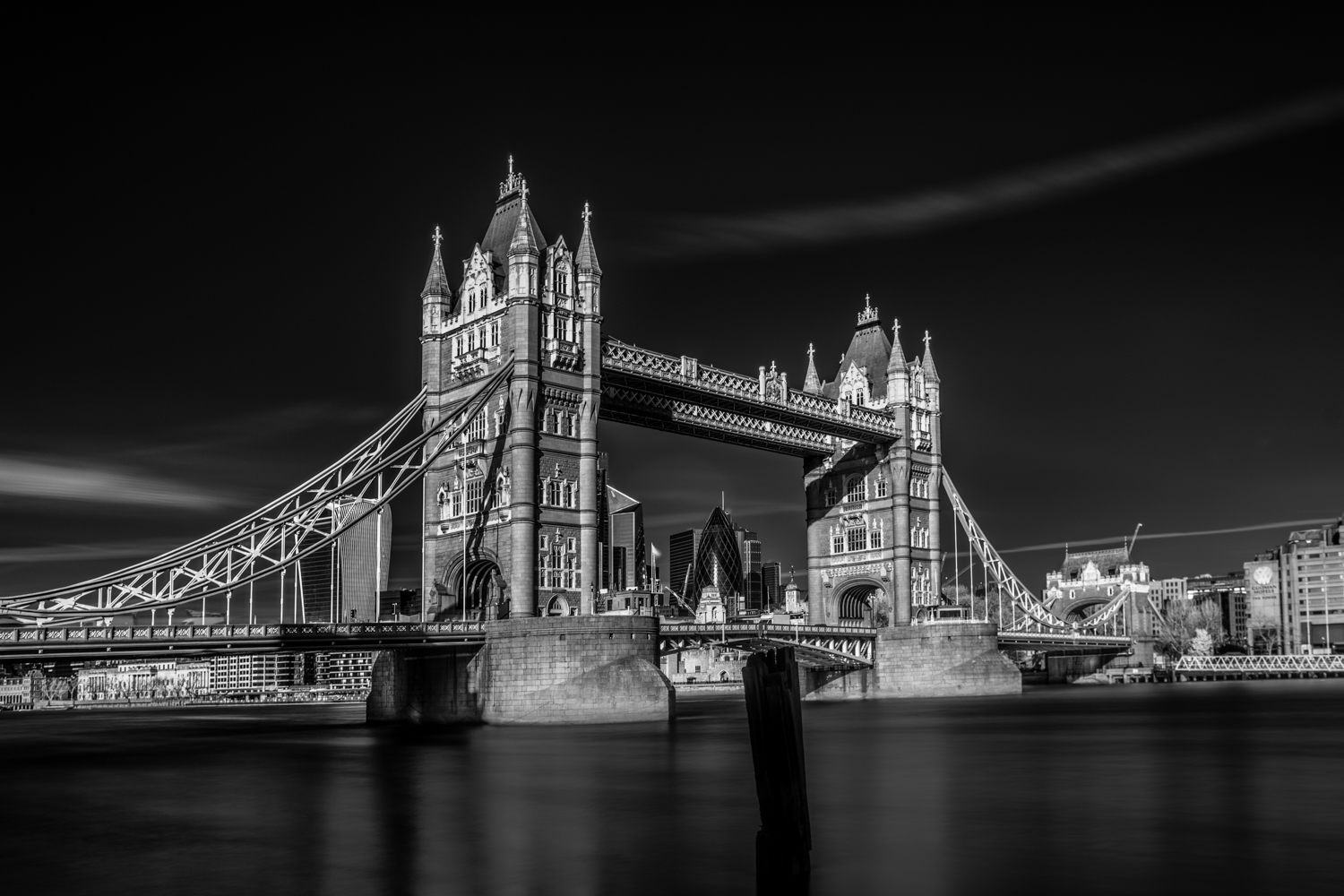 Setting the idea of what LEMAG should be – and also what it should be not – I had to make a series of decisions in a way similar to those when taking and post-processing a picture. Every single one of them was underlined by the main idea that – above all – it should be a platform of inspiration. In this article I am discussing where to look for it and how to turn it to our advantage.

If we asked who is the greatest photographers of all times I have little doubt that most of us, if not all, would point at Ansel Adams. With his new approach to the very idea of photography, his developing the meticulous technique of film development and image printing, his zone system which we still use today, his championing the notion of nature preservation and above all his immaculately composed and executed images – that unfulfilled concert-pianist with a broken nose, that amiable human who nonetheless hated Regan, that larger-than-life persona who almost all his life struggled to pay his bills, yes – that is the man we call the father of modern photography. He inspired and keeps inspiring scores of photographers across the world. His is the top place in the photographic hierarchy and it does not look like he might be dethroned any time soon.

I distinctly recall the moment when it dawned on me that if I require any assistance from any photographer, he will do just fine. I remembers putting aside a lot of books on photography I had purchased and focussing on his ‘The camera’, “The negative’ and ‘The print’. They were my photography classroom and although they initially brought more questions than answers, they became the very foundation of my photography. I expect I could shake hands with loads of photographers in this.

Later on there were of course many more discoveries. Sometimes it was the whole body of work and sometimes only a few images that appealed to me. Sometime it was just one but one with the greatest of impacts, such as ‘The Source’ by Rohan Reilly or ‘Flatlands Farm – Iceland’ by Paul Gallager. It is impossible to list them all here, and there is no need.

Adams was, in turn, greatly inspired and influenced by Paul Strand, who incidentally was only 12 years his junior. Alfred Stieglitz and Edward Steichen influenced Strand, who also had a hand in changing their approach to photography. In the beginning of each movement people motivate one another and the further back in time you venture the harder it is to make a straight line of influencers.

Those artist affected each other positively but of course there was also what can be called ‘negative influence’ – there would not be any ‘modern’ approach without something  being ‘old’, something to rebel against and reject. Again, Alfred Stieglitz comes to mind – a prominent pictorial photographer before he took his famous ‘The Steerage’ image – a thoroughly modern, down-to-earth depiction of the life of less fortunate than him captured in a brief moment. Previously his work influenced Gertrude Käsebier, Eva Watson-Schütze, Alvin Langdon Coburn, Edward Steichen, and Joseph Keiley. Now he became of of the fathers of modern photography.

Many who turn a new leaf never look back, as if the past did not matter at all, almost as if never happened. Stieglitz did something slightly different – he deliberately interspersed exhibitions of what he knew would be controversial art, such as Rodin’s sexually explicit drawings, with what Steichen called ‘understandable art’, and with photographs. The intention was to ‘set up a dialogue that would enable 291 visitors to see, discuss and ponder the differences and similarities between artists of all ranks and types: between painters, draftsmen, sculptors and photographers; between European and American artists; between older or more established figures and younger, newer practitioners.’

Instead of closing himself in the corral of his new way of photographing Stieglitz was wise enough to choose dialog. When it comes to artists dialogue is not an easy thing to achieve. They tend to be rather sensitive and prefer their vision to the one proposed by someone else (yes, I am thinking of Van Gogh and Gauguin here).

A hundred years passed from those days and photography is now a thing as common as a smartphone. Everyone is a photographer, at least until it comes to shooting in manual mode. Seriously though, the world of photography has changed beyond recognition, including the fact that we do not have photographic personalities of such authority today.

Positive and negative influence. When we say ‘I learned a lot from such and such’ what we mean is ‘I learned from his photographs’. Scrutinising works of masters and rejecting those that ‘do not appeal’ both had a more-less equal effect on me.

Hours spent deconstructing images I liked, asking why this scene was taken, why this cloud is there, why such and such tones were chosen for this or that part of the image. Asking, asking, asking and never receiving any answers of  but those I came up with myself. Looking at the images I did not like and asking myself why I did not – looking at composition, tonality, subject, toning.

Moonrise, Hernandez, New Mexico – why Adams chose to render the clouds as brightly as he did?

Glass tears – why Man Ray did not place glass beads on both sides of the nose?

Kuwait oil fires in 1991 – why in one of the photographs Sebastião Salgado decided to keep the image of the lamb shepherd with the white headscarf flying in the wind?

Crippled boy and one-shoed woman wait for elevator – why Lou Stoumen decided to have the boy standing and the woman sitting?

And so on and so forth. Until, finally, the answers came.

Discovering one’s own way of understanding and presenting both inner self and the outside world takes time and practice. There is no such thing as ‘final definition’ here In fact, we are in never-ending state of ‘Study No. X’ and no work we create is ever finished. Discussions we have with our masters and between ourselves are but a prelude to the big debate that takes place inside each and every one who wants to develop as an artist.

When I see people asking for exif of an image it almost pains me. Not because I never asked – I did. I recall being rather cross when in this or that publication no technical information on image was provided. I thought ‘how am I supposed to learn from that?’. It was not until I ventured out with my camera and tried to emulate some of the works I liked when I realised how plain silly I had been. Inspiration meets frustration…

Having learned that learning from others has its limited course I entered the period of taking my own photographs. It took me ten years and thousands of photographs to get where I started feeling roughly comfortable with my images as the representation of myself and my interpretation of the world. What can I say, I am a slow learner.

The greatest inspiration lies within ourselves. It is most demanding and arduous one and does not bring, as some might have expect, solace. What it does though it opens paths we never knew existed and lays them in front of us if a form of taxing questions. Answer one, five new appears. Is this why photographers stay young at heart, curious as kittens? Perhaps it is. Arduous path to be sure but extremely rewarding.

I still enjoy returning and perusing photographs of my old masters but have come to the point when I am learning very little from them now. It has become a bit like eating a dish which taste you’ve known for ages and find it scrumptious every time you have it but also empty of surprise. It is always toothsome but has become part of your routine, your comfort zone. It no longer horns in on you and has no power to move you forward.

Although the camera is pointed outwards, the image is a reflection of what happens inside of a photographer. As in in the “Journey to the centre of the Earth’.

Scrutinising my own photographs, especially those I am not happy with, provides a lot more stimulation. It dares me question my own choices which at the time seems right but soon after I took issue with. It makes me think of how a photograph in question should be framed, exposure, post-processed to better it, to bring it closer to the vision and feelings I had taking it. Negative influence becomes a positive one. That is where real exif hides. I become a student and a teacher at the same time. I become my own master, a master I am still yet to become.