Menu
Flowers in the time of cholera 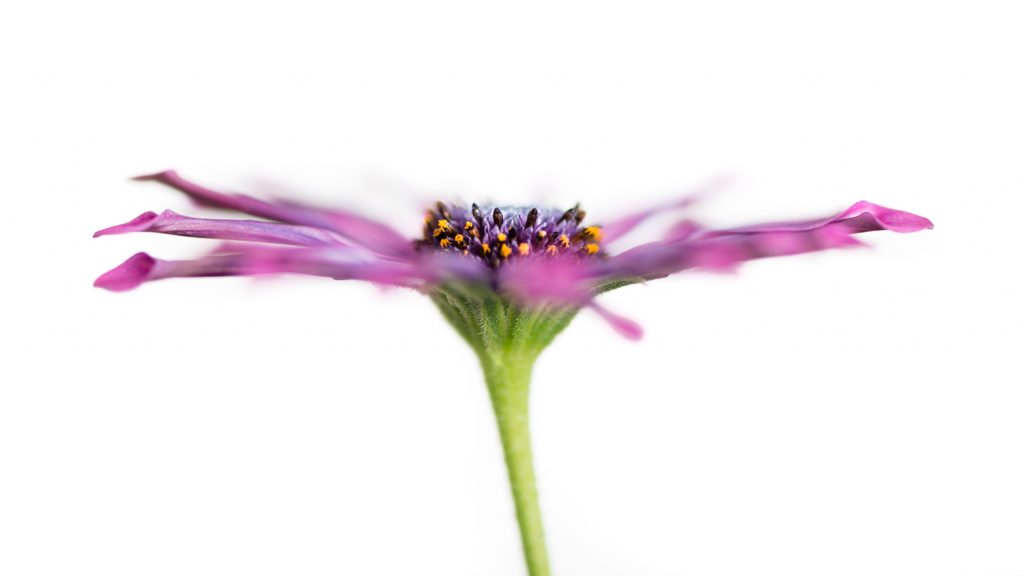 OK, I admit – it is not cholera and hopefully it will last a lot shorter than the malady which befallen Florentino Ariza and Fermina Daza (if you have not yet read ‘Love in the Time of Cholera’ by Gabriel García Márquez I cannot recommend it highly enough). It is March 2020, the corona virus time with total or partial lockdown happening across the most of the world. Dreadful news reach us every day from hospitals but there are already first rays of light at the end of what may prove to be a very long – and not necessarily straight – tunnel.

Long exposure photography seems to be an obvious victim of a lockdown – it is rather hard to shoot sweeping landscapes or stunning waterfalls from one’s sitting room or even garden. Good job many of us have tons of previously undeveloped/ post-processed images which suddenly seems to be worthy of some further work to be done on them – and as it turns often out – rightly so. It is also a good time to revisit already published images and perhaps try rendering them differently.

Long exposure architecture photography does not have it easier either. Yes, you can shoot some from your window but the number of subjects is limited and as it seems we are in it for a long haul inspiration well may run dry quite fast.

Portraiture seems to be a lot better placed for the times of confinement. Penned up we still can take pictures of those who share the space with us asking them for once not to sit still. Rendering is almost certain to be rejected by passport issuing authorities but that should not be our concern as at present we can’t travel anyway.

I decided to set my lens on flowers. The house is brimming with them so they seemed an obvious choice. I have been trying to shoot flowers for a long time but the results so far were mediocre at best. Something has always been wanting. Wrong aperture, wrong background, wrong angle, wrong this, wrong that – there was always something that made me abandon those attempts. Only a handful images survived that period – a few that I might have made myself to accept but the thig was they were products of what I call ‘lucky mistake’ than results of careful planned preparation and execution. Consequently, there was no way I could repeat them.

This ongoing love and hate affair with flowers always reminded me of the troubled relation between Florentino Ariza and Fermina Daza, and the title of this article just seems so obvious to me. If you have not yet read the book I will not tell you how their story ends (with Gabriel García Márquez it is never utterly straightforward anyhow). What I am going to be on about is that after years of trying I finally seem to have the path I can derive some satisfaction from.

Using different makes and different strengths of ND filters and shooting between 30 seconds and 1 minute-long exposures I experimented with utilizing lenses that were an obvious choice – 105mm and 85mm but also with those which may be consider the wrong choice – 24mm and 28mm.

To me every picture is a portrait. Every portrait, by definition, must present the object in the best possible way. And therein lies the rub (misquotation, I know).

Do I present the object the way it wants to be presented (the way kings like to be portraited, for instance) or do I convey my own approach to it (like Picasso with his ‘Bust of a Woman’ for example). It is the question photographers face a lot. Happily for me I have absolutely no idea how flowers want to be presented so this time the choice of approach was easy.

Putting those two ideas together made me arrive at the point when ‘best possible way’ and ‘my way’ resulted in dreamy, slightly unreal rendition of colours, textures and different degrees of movement to create the atmospheres I was after.

Yes, that is right. It was more than one atmosphere I was questing for. Like a knight in a medieval romance I was making an expedition to accomplish a prescribed task but unlike for those guys of old the final outcome was not entirely clear for me. It was rather a pursuit of something no entirely defined which, once achieved, would tick the right boxes and touch the right strings. It was a search for the right feeling, an exploration of possibilities, an investigation of what it is that I want to achieve. Hope I am making sense here.

This is a story that ends well – after numerous attempts I did find what I am able to relate to and present as mine. It is also possible for me to replicate the results. This time I played with a bunch of colourful tulips. Next time I might try my hand at some winsome roses or endearing lilies of the Incas. Who knows, as the lockdown continues, I might go wild and have a stab at orchids! 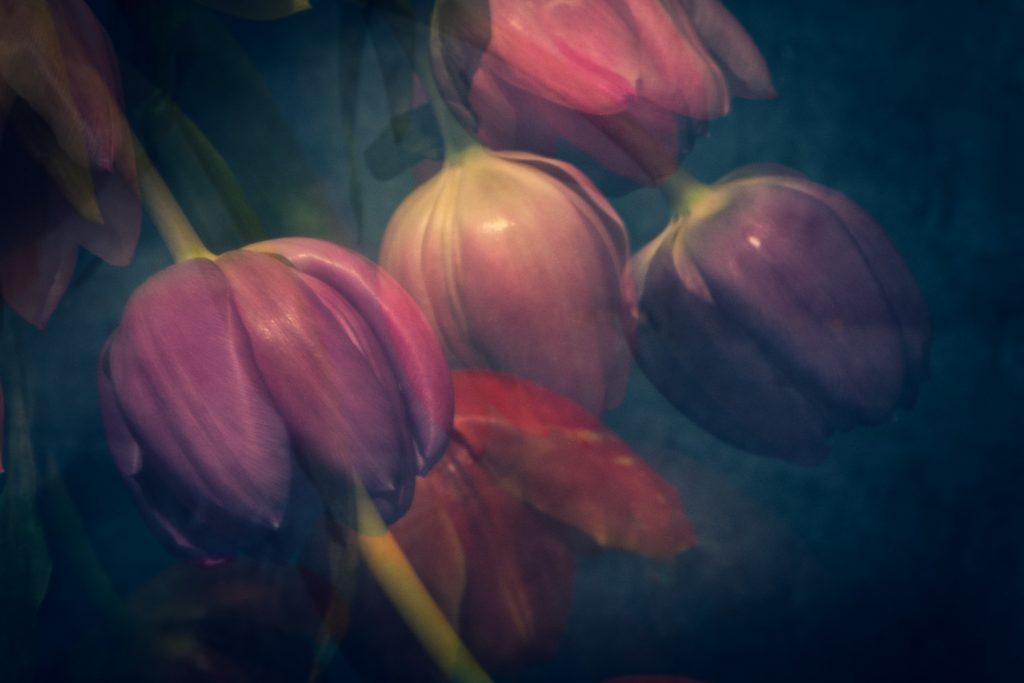