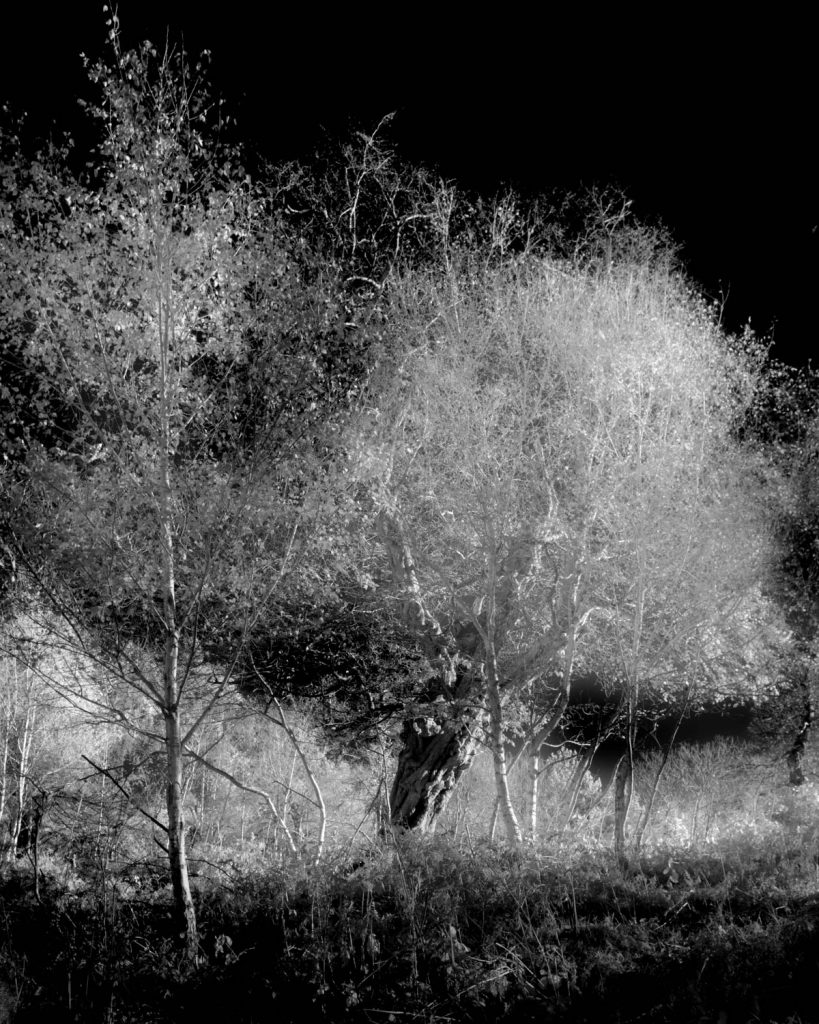 Long exposure photography brings with it – amongst other thigs – certain revelations as to what hides behind what can be perceived with a human eye. Slowing the shutter speed we reach out beyond an instant and enter the ethereal world.

For this month I have chosen my ‘Candyfloss Tree’ for what I believe is a very good reason. It is of course not such a long exposure – merely a few seconds achieved with a 4-stop filter. I was considering using a 10-stop as well but in the end decided on not doing so – it is no good to use all you options at once. Not draining your subject and leaving something for the future visit seems to me rather a good idea.

Infrared long exposure has the potential of taking us a step further still – not only the photographed scene becomes dreamy but the colours shift as well, adding to the effect. It is perhaps not so obvious in this image – it being a monochrome after all – but those who dabbed their fingers in taking infrareds with 850nm filter know that colour/tone shift is prominent.

Am I right in thinking that we do not only like some works by other photographers but also have a very strong attachment to those images by ourselves which worked? They become, in their own ways, special images to us and this one plays exactly such role for me. Having shoot the local forest in ‘straight’ infrared for a few weeks I felt confident I could move to try IR/LE combination. This is the first image I took using both 850nm and 4-stop IRND filter on a full-spectrum converted camera.

The goal was to record the movement of the background tree as the wind was stirring its branches and little leaves. This is a late-autumn image – not may leaves were left clinging to the branches and my intention was to increase their volume by recording their motion and give the tree some more substance.

In opposition to the bend and old tree a sapling is shooting proudly towards the sky, occupying the front of the image. All is shot against the black background provided by what was in fact a blue sky to amplify the whiteness of the branches and leaves. I trust it does make a good image. It does to me.

‘Candyfloss Tree’ is my first IR/LE image but is by no means a fluke. It is rooted in the careful studying of my local forest which took more than a handful of visits at different times of the day across all seasons. It is also a product of careful preparation as far as the gear is concerned – knowing how to use your tools is key not only to photography. It is also an outcome of the attentive study of what appeals to me and how to build on this, which perhaps is the most important of all aspects on which this image has been created.

Infrared and LE infrared High-quality filters can be purchased here