Menu
One week in Berlin 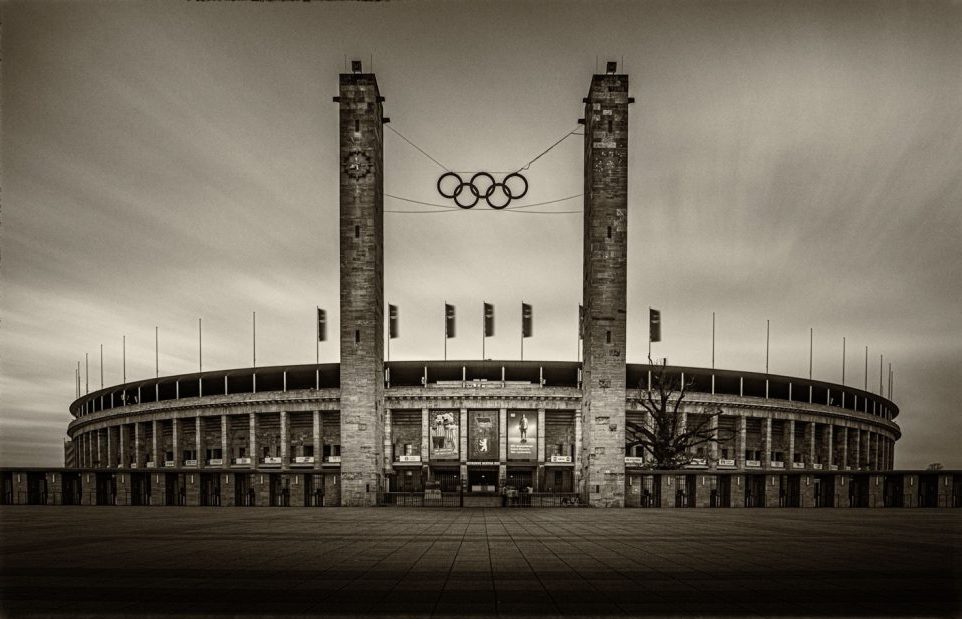 I have recently spent a week in Berlin, my first city to live in when I left Poland in my 20s. The city was still divided by the ominous wall. I lived on the western side but frequented the eastern side for a few hours at a time.

For a your man West Berlin was back then a fabulous place to live in. Endless parties, concerts, impossibly relaxed atmosphere and openness of everybody I chanced to meet. It was colourful, vibrant and as open as they come – a place I must have subliminally dreamt of when still suffocating under the communist regime in 1980s in Poland.

It was impossible for me not to fall in love with the city – after all it had been only a few months since I had left Poland, a country endeavouring to find its freedom, struggling to recover from the disaster of 70 years of Russian occupation and imposed socialism/communism economy and school of thought. Russian army might have gone home but the air there was a strange mixture of old ways when you should not trust anybody but could rely on most of those around you (if that makes sense, back then it somehow did) and a brand new approach to life – telling you that you are rally on your own, encouraging fighting for your own survival, embracing culture of competition and showing us all that independence has a lot more faces and hues we had ever imagined.

It was a strange time for me, a very strange time indeed. So many things happened simultaneously – I had to learn a new, very different language, make new friends, find my way around the city and also – find some money to pay for my small bills and food. As ever, some of those goals were met and some not – and cashflow proved to be a constant challenge. I do not recall being too worried about it back then but in my mind I have, instead,  a very clear picture of a group of us taking a U-Bahn from ZOO station over to Friedrichstrasse in the eastern part of the city.

We would walk across Alexanderplatz and down the neighbouring, always empty streets. We would look up at the TV tower and sit at the bottom of it smoking western cigarettes. Sometimes a person, dressed in greyish clothes, would pass us by.

There was only one reason why we took those rather perilous journeys (I might not have been allowed back and my West Berlin friends might have been accused of spying, happily none of this ever happened). That reason was us being very poor and not even having enough for food. So, instead of spending 2 Deutsch Marks each on a plate of thin soup-like liquid sold at a stall in Tiergarten Park, we would chip our meagre resources in and knocked ourselves out in a posh-like restaurant in what was then the Hotel Stadt Berlin. There we had it all: freshly-backed white rolls, thick slices of ham and cheese, jam, hot chocolate – as much as we could eat (and boy, could we eat!) – and all for the price of one soup place in West Berlin. We ventured into enemy territory and returned so full it was enough for three days.

I do not really remember journeys back. Perhaps because I vividly recall the first one. Although it took no more that 30 minutes it was, by a long chalk, one of the most significant journeys I have ever made.

We were first made wait in a very long line sandwiched between two tall hoardings. We seemed not to make any progress for a long time, it moved so slow. Even when I finally saw the passport control box it took more than three hours to cover what must have been no more than twenty meters.

The passport box was narrow, with a tilted mirror on the ceiling so that the soldier in the box could easily see if someone did not try to pass him on all fours. When I handed my passport in I saw a face devoid of any human attributes – a young man, not older than me, not smiling, not making any kind of face muscle movement – it was a dead face. Only the eyes were alive – you could tell that not from their movement or blinking but from the way he pierced your body though, as if those were no eyes but X-ray machine. They must have been taught that for a long time, and someone somewhere must have devised that stabbing look to intimidate people. It takes all sorts to make the world.

With the passport returned to me I followed into what was known as Tränenpalast (Palace of Tears), a departure hall for all those who since 1962 would leave for West Berlin. Many a family said their goodbyes there. I did not cry, not with tears anyway. What was welling up in me was the feeling of being just about to leave the prison I was born into. I knew it was only a few short steps that stood between me and free world. I also know that it was now that I – in spite of all the excitement and anticipation – must behave casual, as if I was just popping down the street to get some milk. The secret police was ubiquitous and they would refrain from the pleasure of fishing out from the crowd someone who they thought act suspiciously. Which they did to someone when we all stood at the platform in front of a short train, waiting for its door to open.

When we all filed in the train was packed with people and suitcases. The door closed but the train did not move. We were kept stationary for  further few minutes after which police patrols with dogs appeared on the platforms both side of the train. They walked the dogs along the coaches and then had them run under the train. I am not sure how long it took. Finally, having been satisfied that nobody hid under the coaches, they disappeared. A few minutes later the train, in the fullness of time, left the station.

First, it passed some abandoned, broken-down buildings, clearly left to crumble after the war. There were quite a few of them and it was clear that for citizens of Easter Berlin they are a part of a no-go zone.

Right after that the train run into an open space – from the left to the right there was nothing but a wide stretch of neatly raked land. It might have been one, maybe two hundred meters wide. There were soldiers, watch-towers, mind files and lots of barbed-wire. We went in silence above all that. It seemed we were hovering above it, like some caged birds about to be released. I felt the presence of the darkest moments of 20th century.

The train passed over the wall and through wat looked like a curtain of tall green trees. Just after it a dual carriageway appeared and gave me another shock – it was full of cars and each of them seemed to be of a different colour. The train exploded with shouts of joy. People smiled and chattered away like nothing. I had nobody to chat to and besides, I could not believe what I was beginning to see.

The East German government claimed it erected the Berlin Wall to keep Western fascists, spies and ideas out. Two weeks after ordering the construction of the “Antifaschistischer Schutzwall,” East German leader Walter Ulbricht claimed, “We have sealed the cracks in the fabric of our house and closed the holes through which the worst enemies of the German people could creep.” What I am unable to comprehend until today is that the people of the same city were able to build, maintain and believe in this unnatural divide.

Living on the right side of the wall of shame we played a lot in its shade. There was always a happening taking place somewhere near it – with buckets of paint, plaster of Paris, some planks at the ready for those who felt like it. There was music, there was laughter. Yet, when November 1989 came there was not a soul who would not wish for this dreadful mark of oppression to be finally torn down.

Watching the endless throng of people filing into West Berlin through Checkpoint Charlie is the moment of hope I will never forget. Hope that eventually all evil is conquered and that it will never really prevail. If I want to I can still hear in my head their voices and all the racket they were making all though the night.

Next summer I left Berlin and over the last twenty years visited it two, maybe three times. Those were very short and very busy visits and can’t really be takes into any consideration.

This time it was for a week and with no schedule apart from just being there and, with any luck, taking a few long exposures from a long list of spots worth visiting. The weather did not play ball though – it was raining most of the time, was quite windy and rather cold. It was fine for a few walks.

Was I visiting the city or re-visiting it? It is a city of triumph or of despair? Will I still see the difference between the East and the West? So many questions kept appearing in my head while there. My visit stared in Nikolassee and with walks in Rehwiese in south-East Berlin. A beautiful, serene place with many stately homes dating back to 1920s – clearly too expensive for common people so who lived there? Olympiastadion build for the 1936 Summer Olympics which you know who saw the Games as an opportunity to promote his government and ideals of racial supremacy and antisemitism and above all, glorify himself. A mere three minutes’ walk from Potsdamer Platz a six-storey residential housing complex stands where once was the heart of the evil regime of our times. It was completely demolished, a strategy for ensuring the surroundings remained anonymous and unremarkable but an information board stands where it once was. Walk only a block distance and you will find yourself at the Memorial to the Murdered Jews of Europe. Wherever you go you will be made aware of Berlin’s own troubled Odyssey.

The city changed a lot of course since I lived there. It’s not only that Alexanderplatz is now a bustling canter of the city and that the hotel we had our breakfasts is a lot more expensive. The most important thing is, for me at least, that people simply live there, unburdened by ideology or propaganda. You can see this in the way they shop, sit in cafes, stroll in parks. Normality found its place there and made itself home. Today’s Berlin, I am happy to say, is no different to any other city in the world. I might just fall in love with it again. 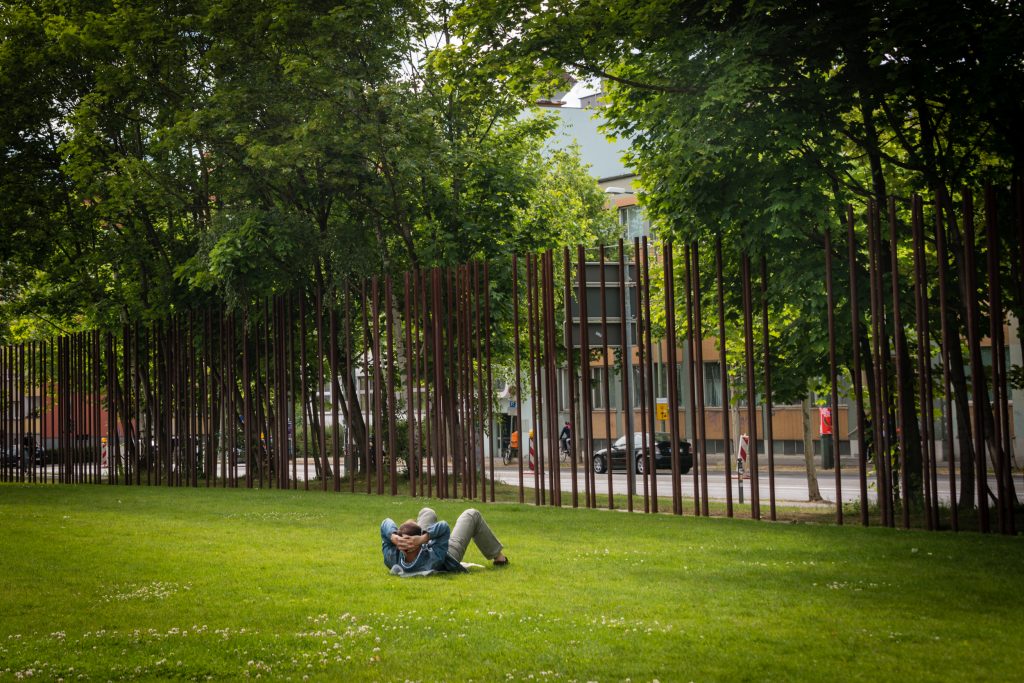