Menu
Which one are you? 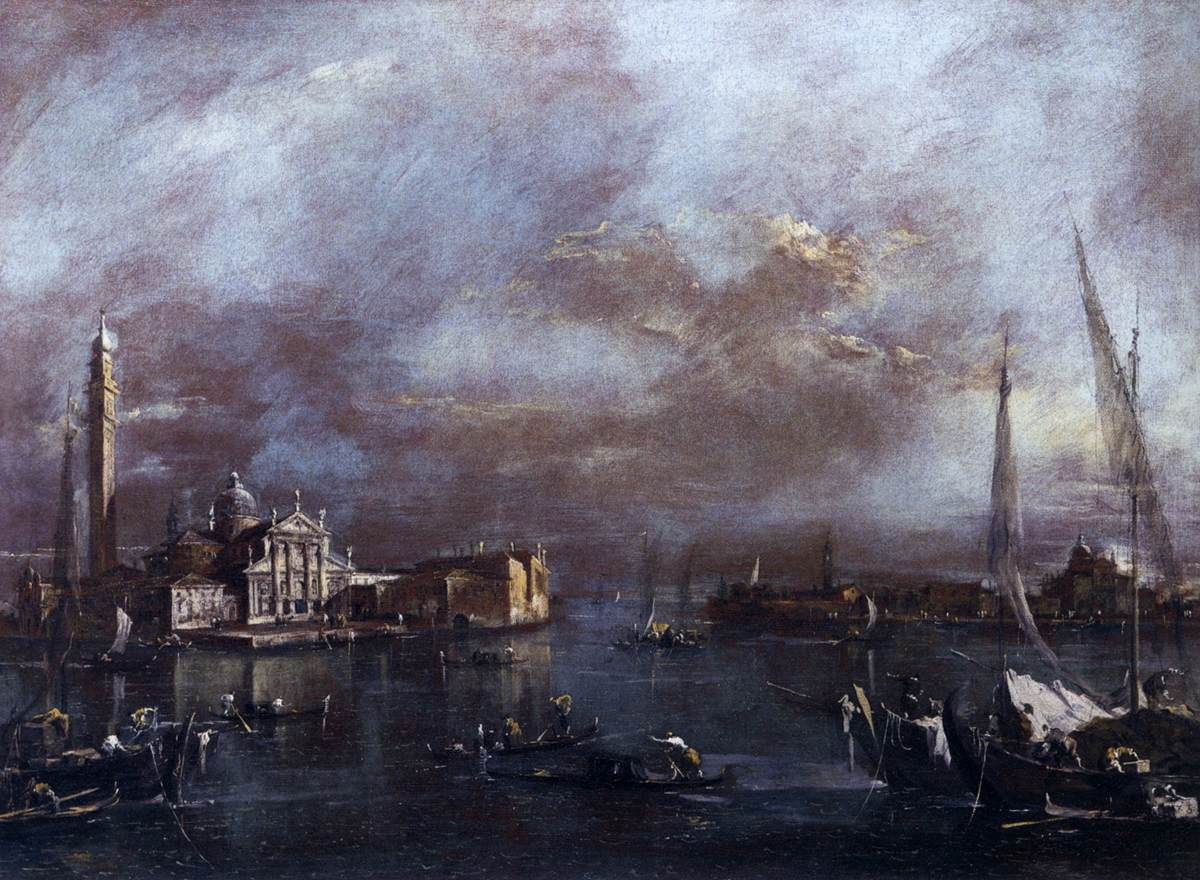 Although it is quite clear that we will be returning to images from this wonderful city often, this time round I did not mean to write about Venice. After all, it was not that long ago when we devoted most of an issue to its beauty. Not a day goes by when images from this photo hot-spot are posted on our FB wall and we thought it would be enough for now.

Then I went to National Gallery in London, where I have not been for a bit more than a while. I used to live just round the corner, amongst the whirl of Soho, where rather less picturesque scenes unfold almost daily – and in the past would visit the Gallery at least once a week. Not to mention that additional irresistible attraction of National Portrait Gallery next door, where one can quite often stand face to face with a set of intriguing images.

I did not have much time this time, not more than an hour, to mooch. So, negotiating the usual crowd of tourists, schoolkids, admirers and just curious, I quickly found myself standing in from of a very small painting hung in a niche of the Gallery, the only painting I wanted to look at – An Architectural Caprice by one Francesco Guardi.

Francesco Guardi was, after Canaletto, the main painter of views of Venice in the 18th century. His early figurative paintings were carried out in association with his brother, Gian Antonio, but in about 1760 Guardi turned to view painting. Following Canaletto he recorded both the architecture of the city and the celebrations of its inhabitants in interior and exterior scenes. These works brought him great success.

He was born in Venice, the son of a minor painter, Domenico Guardi. In 1719 his sister married Giovanni Battista Tiepolo, who may have influenced the vivacity and bright colouring of Guardi’s figures.

While Guardi followed Canaletto in producing views or vedute, he soon developed his own style, based on a freer handling of paint. He took particular pleasure in rendering the vibrant atmosphere of Venetian light and its dazzling effect on water. The more ‘impressionistic’ approach of Guardi also found expression in small-scale imaginary scenes or capricci, of which there are many surviving examples, such as ‘An Architectural Caprice’.

Giovanni Antonio Canal, known as Canaletto, was also born in Venice, the son of a theatrical scene painter. He was very influential, famed for his precisely depicted and evocative views of the city (vedute). Canaletto’s early pictures for local patrons are his most accomplished: these carefully designed, individual, and atmospheric studies include ‘The Stonemason’s Yard’.

He found that providing formulaic paintings for tourists was very lucrative. These, still highly skilled works, were produced by him often in collaboration with an organised workshop. They usually record the lavish Venetian public ceremonies, as in ‘Regatta on the Grand Canal’.

Canaletto was favoured by English collectors. He visited England repeatedly between 1746-56, painting works like ‘Eton College’. His most important assistant was his nephew Bellotto, who became an accomplished artist. Canaletto often made meticulous preparatory drawings. He may have used a camera obscura for topographical accuracy in creating some of his designs, but he always remained concerned with satisfying compositional design, not simply slavishly recording views.

Bernardo Bellotto, the pupil and nephew of the famous Giovanni Antonio Canal Canaletto, also called himself Canaletto. As a court painter for Poland’s last king Stanisław August Poniatowski, with meticulous details he painted the streets and architecture of 18th century Warsaw, the capitol of my native land.

We learned about him and his paintings a bit in primary school and perhaps this can serve as a bit of explanation way I am interested in this kind of art. ‘Get them when they young’, as some say.

Bellotto died in Warsaw in 1780 and was buried in Capuchin Church at Miodowa (Honey Street).In the 16th century Miodowa Street was famous for its gingerbread shops, hence its name. Bellotto painted it with all its colours and hustle and bustle. It was razed to the ground during Warsaw uprising in 1944 and rebuild after the war.

Polish national anthem includes the words ‘from the land of Italy to Poland’ but it has not yet been proven that it has anything to do with this prolific artist.

An Architectural Caprice is a quiet little painting. National Gallery does not make a big hullaballoo of having it amongst its possessions. And yet, it captivated me from the moment I saw it – the use of the tonnes and shadows to create and direct views’s interest but even more by the unassuming use of the colonnade and the figure in red cloak. It is obvious that many lesser artist would have taken a few further steps and painted the street only. It is only cores that by not doing so Guardio created a very un-direct scene in which it is almost impossible to say what this image is about. This is a very mych out-of-focus approach or should I perhaps say out-of-popular expectations. Here Guardi plays on what we choose to focus on and dub important. This innocent images is nonetheless peppered with powerful allusions.

Perhaps an explanation why I am taking the liberty of writing about this in a photography magazine is the fact that it is perfectly plausible that Venetian masters of vedute, may have used the camera obscura in order to achieve superior precision of urban views.

But we could also relate to those artist by admitting that we just can’t help adore Venice, or that we too found that some formulaic photography is greatly popular with audience and makes our work sell better. Or, like Guardi with his brother-in-law – that certain people have a profound influence on our work and help us better it.

So I stood there, scrutinising Guardi’s caprice and though how many of architectural photographer who use LE technique are influenced by old painters who visited and painted Venice, Amsterdam, Rome, Praque, Vienna, Warsaw and other beautiful cities. They did not have filters but it is clear that they too used to smudge clouds, silk water and add some movement to the air. If you compare their paintings to those, say of Picasso or Bosch or Grant Wood it becomes even clearer.

Long exposure photography is just one of very many techniques employed by photographers to create works that wold be reflection of their ideas. It is not meant to be serve the purpose of direct representation of reality (which are is?) and those who dab their fingers in it know all sorts of challenges and disappointments it brings.

Both Canaletto and Guardi, if little time is allowed for their works scrutiny, seem very much alike. Almost mirroring one another – like we today we our cameras, they both painted the same spots of Venice. And yet it requires only a modicum of attention to see stark differences of approach to their subject. Canalletto is quite realistic while Guardi creations veer off towards more dream-like scenes with his brushstrokes.

Michael Levey drew attention to Guardi’s distinctively loose and painterly style, writing: “With time his style increased in allusiveness. The people who had played such a part in Canaletto’s pictures, even when given only the mechanical vivacity of puppets, dwindled in Guardi’s work until they were mere specks of colour, a running squiggle of white paint, a black dot, short-hand to express the population of the most moribund of European states. … Where Canaletto had been particular and specific, Guardi was content with a hieroglyphic symbol.” “… the view is glimpsed in a single coup de l’œil, becoming almost an impression. This ‘impressionism’ has sometimes led to the idea that Guardi anticipated the French Impressionists … and Turner. But Guardi’s handling is really an inspired accident rather than a scientific method of vision, and his attitude to Venice is neither romantic nor sentimental.”

I imagine they both visited their spots many a time and took many a drawing before accosting canvases with formulated vision and painting exactly what they wanted to paint. It is what us, photographers, do as well. The question is: am I more of a Canaletto or Guardi? Or perhaps someone else? 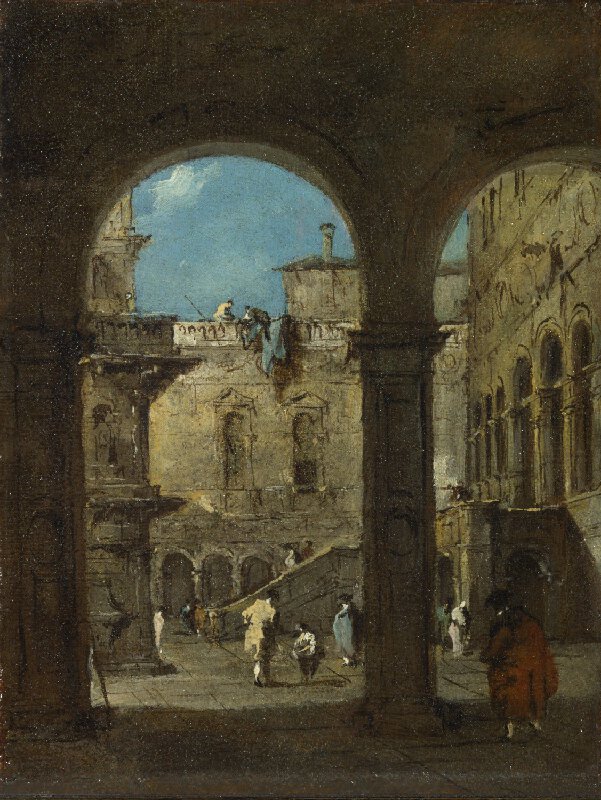