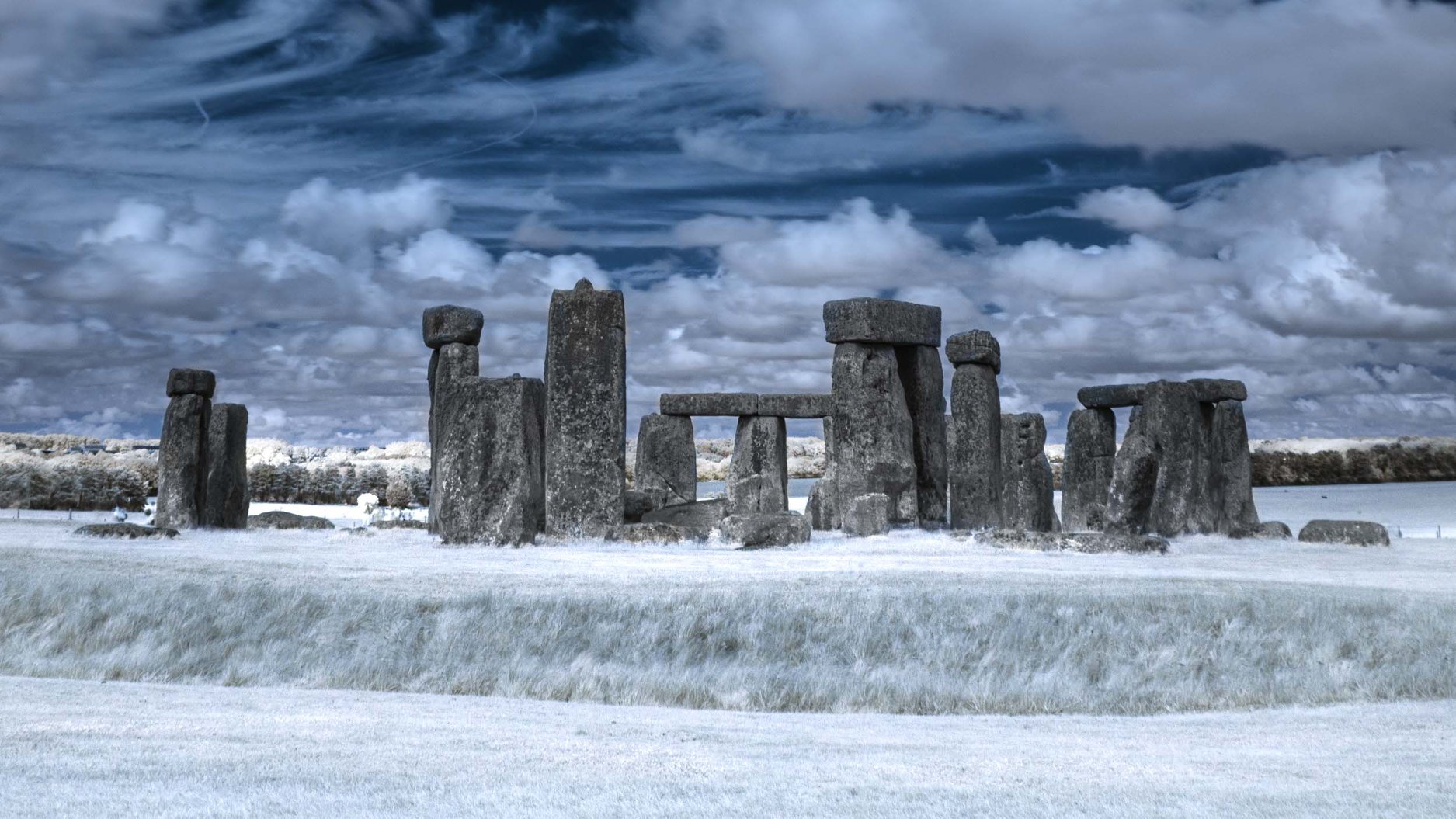 There is always one, they say. I wonder which one it is for you.

If there is a single image that has made the biggest impact on your carrier as a photographer, which one would that be for you? Do you actually have one?

I do, and can clearly recall the moment when I first saw it. Had I been running, I would have been stopped mid-air, as if turned into stone in an instant. As luck had it, I was not running but sitting very comfortably on my favourite sofa at Borders in Oxford Street in London. Reading a book of image printing I turned a page and my hand just froze.

Throughout the rest of day I was returning to this page very often. The rich blacks, harsh highlights and very pronounced grain – all was against what I had been taught and what I had come to believe to be a good practice in photography.

I never knew (nor would I in fact care to know) the name of the photographer not the title of the image. After this encounter with the image I had not seen it for more that fifteen years. Until now, when I finally ventured into the mesmerising realm of infrared photography and thought of digging it from the all-possessing abyss of the internet.

This was an image of Moydrum Castle by Sir Simon Neville Llewelyn Marsden, 4th Baronet of Grimsby in Lincolnshire. I still do not know its title.

Dutch photographer Anton Corbijn photographed Moydrum Castle for the cover of the Irish rock band U2’s fourth studio album, 1984’s ‘The Unforgettable Fire’ and gave it a sepia tone. The photograph, was deemed a virtual copy of a picture on the cover of a 1980 book ‘In Ruins: The Once Great Houses of Ireland’ by Simon Marsden, for which U2 had to pay compensation. It was taken from the same spot and used the same polarising filter technique, but with the addition of the four band members.

This picture proved to be life-changing for me in that it had made me take up photography again and not give up (as I had previously did) but pursue it with the same gusto as I would go after my other avocations. It showed me what deep inside I had wanted to believe – that there is no right or wrong in art and following your own path is the only way.

I had not read any other ‘how to’ ever since. Instead, I would have gone and shoot as much as I could and question my images hard – and try doing it differently, unlit I got to where I wanted to be with an image.

I have seen many a great image since. Many a photographer I have admired. None however have had such profound influence on me as this solitary, half-a-page image presented in Tim Rudman’s book.

For nearly twenty years I wanted to take up infrared photography. For reasons not anymore important I could do it only now. It’s never too late to start something new I guess. Especially, when it is so enjoyable and diverting.

Working not with a converted camera (am quite positive this will come sooner rather than later) I shoot with X2 IR infrared filter by Breakthrough Filters. It is a screw-on filter, made of CNC machined aluminium and AGC glass. Each side has 4-layers of Multi-Resistant Coating to reduce flare and ghosting, Breakthrough Nanotec Nano Coating to repel dirt and water. To ensure the highest optical quality Breakthrough use AGC glass that is known for its clarity and is made under strict guidelines in Japan. A true work of art. Breakthrough is confident about the quality of their filters and as such offer a robust 25-year warranty on all of their filters.

If you are, like me, shooting only at camera native ISO be prepared – it does take a while to get used to shooting at ISO ranging from 400 all the way up to 6400, depending on the available light. You will also need to set up a camera custom profile to process the images since neither Lightroom nor Photoshop can go with colour temperature below 2000K. All in a day’s work and then you are ready to shoot. Careful with focus adjustment and watch out for those pesky hotspots and you’ll be safe as houses covered with ivy.

Technical excellence has been pursued ever since photography begun. It is all very well and we all like to have in our possession (and use) the best camera and lens possible. There is nothing like clean, crispy image, is there?

Some might be surprised but there are photographers out there who would bed to differ. Those who use cameras and lenses from the days gone by and often shoot film. Apart from obvious thrill of not really being sure what will come out of their endeavours in the field

There is of course nothing wrong with shooting with the latest and most sophisticate gear. On the contrary. It is, however, worth remembering that gear is only a means to an end and that there are superb images out there created in less-advanced cameras it is impossible to ignore. So what really makes an image go down well?

There, naturally, a number of factors and their importance will depend on the viewer. There is one, however, that in my opinion will be manifested in all of them – mood.

By mood in a photograph I understand the way it makes the viewer feel – happy, scared, ponderous, wanting to go to the place portrayed. There will probably be as many variations of the mood as there are viewers. They will all have one thing in common though – they will move the viewer and have him/her at least look at the image longer or closer that other images.

In this respect infrared photography, arguably, has the biggest potential, especially if it is combined with long exposure and/or other techniques, like ICM for instance.

Infrared photography offers us a glimpse into the realm of what is normally invisible to us. Animal see the same world differently to us and thanks to the use of specialised infrared filters or converted cameras we can have an idea of how what we take for granted (e.g. green foliage) might look for other beings that we share the Earth with. Far from our reality, an infrared image does present a different version of the same reality, not a different one. The only thing is that we cannot see it with a naked eye.

I do find the opportunities offered by this type of photography immensely enriching. Not only do we have a wider pool of options to choose from as photographers, although that in itself would be great already. What we truly benefit from is yet another option for us not to get stuck in a comfort zone where all is done more-less the same way and experiment. To me in photography nothing beats a good challenge and experimenting.

As I am now looking to purchase a full spectrum converted camera I will not turn my back to shooting with NDIR filters as it allows for long exposures. Having options is, to me, connected with freedom and this in turn is appreciated both in photography and – to a lot greater extend – in life. And herein lies the danger – those who tasted freedom will never stomach trammelling. 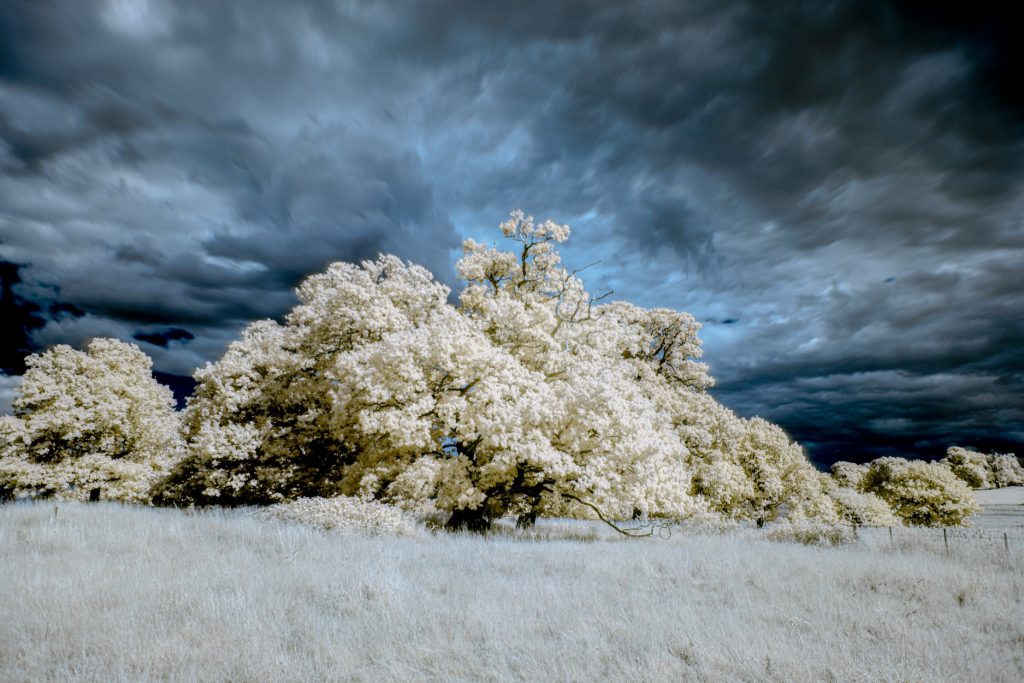